This track was recorded as part of our “Sleep Music Against Abuse” fundraiser in 2017. That project was able to raise over $700 in donations to a local women’s shelter. Thank you to everyone who took part! Now that Sounds Like An Earful is supported by Patreon, I’m really excited to be able to release all of the music produced during that project for all of you to use freely!

This was Track 6 of our “sleep music’ album that was produced as part of our fundraiser a few years back. There were a lot of ‘water’ themes going on while I was recording that album and this one was in keeping with that. The song was born out of the big bendy synth descends that you start to hear come in around the 1:00 mark. After tinkering with that descending synth sound, I really liked something about it and the rest of the track was built around supporting that.

I hope this track can work somewhere in your next project! 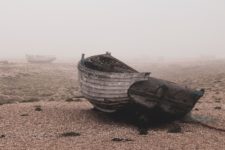