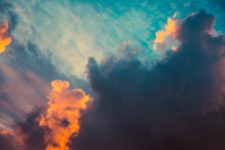 In 2013, I worked closely with a game designer friend to create a series of tracks as a soundtrack to an indie game he was designing. This is one of those tracks and I am now releasing it to you here for use in your own projects. This particular track was recorded as the soundtrack of an ‘sky’ level but I think it could work great in any project that needs a big, uplifting orchestral piece of music.