The Sun Is Out Above The Clouds

Ambient piano for the end of something good

This track was recorded as part of our “Sleep Music Against Abuse” fundraiser in 2017. That project was able to raise over $700 in donations to a local women’s shelter. Thank you to everyone who took part! Now that Sounds Like An Earful is supported by Patreon, I’m really excited to be able to release all of the music produced during that project for all of you to use freely!

This was the very last track I produced during our sleep music fundraiser. I wanted to round out the hour of sleep music with something that has a sense of finality to it. This one is almost purely driven by the piano. It builds very slowly, crescendos and then fades to an intimate ending.

I do think that this song contains happiness AND sadness – as well as that a sense of finality. Something is ending here. Maybe it could be a could track to wrap up a season of your podcast, or remember someone who has pass on. However it works for you, I’d love to hear it. 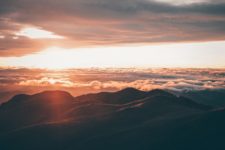